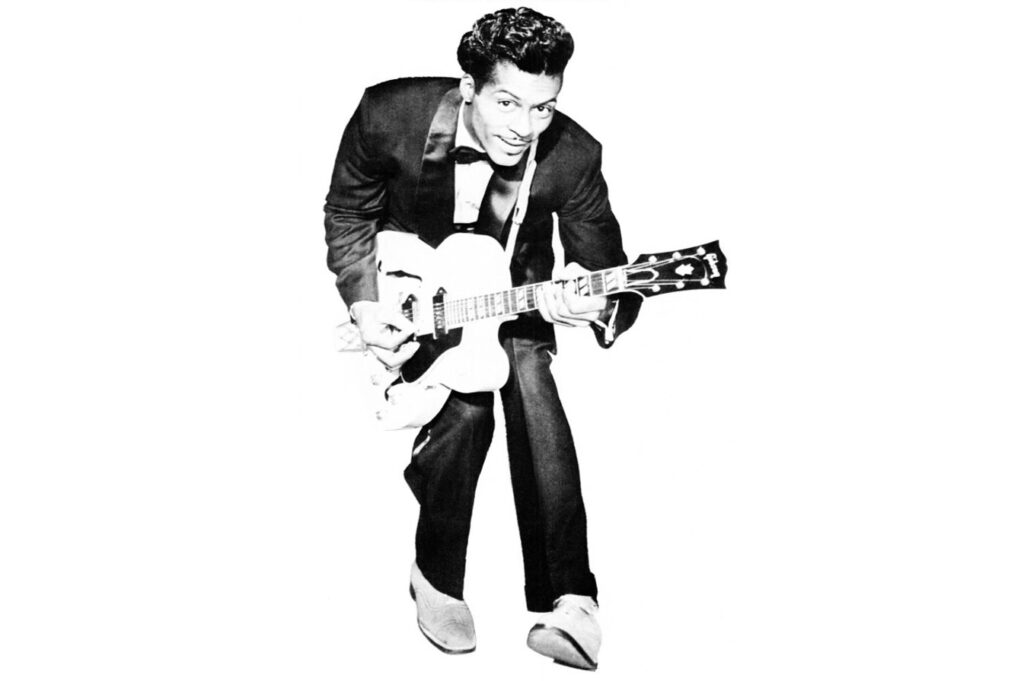 “Johnny B. Goode” is a 1958 rock-and-roll song written and first recorded by Chuck Berry. Released as a single, it peaked at number two on Billboard magazine’s Hot R&B Sides chart and number eight on its Hot 100 chart.

“Johnny B. Goode” is considered one of the most recognizable songs in the history of popular music. Credited as “the first rock & roll hit about rock & roll stardom”, it has been recorded by many other artists and has received several honors and accolades, including being ranked seventh on Rolling Stone’s list of the “500 Greatest Songs of All Time”[3] and included as one of the 27 songs on the Voyager Golden Record, a collection of music, images, and sounds designed to serve as a record of humanity.

Charles Edward Anderson Berry (October 18, 1926 – March 18, 2017) was an American singer, songwriter and guitarist who pioneered rock and roll. Nicknamed the “Father of Rock and Roll”, he refined and developed rhythm and blues into the major elements that made rock and roll distinctive with songs such as “Maybellene” (1955), “Roll Over Beethoven” (1956), “Rock and Roll Music” (1957) and “Johnny B. Goode” (1958). Writing lyrics that focused on teen life and consumerism, and developing a music style that included guitar solos and showmanship, Berry was a major influence on subsequent rock music.

There are no reviews yet.

Be the first to review “Johnny B Goode” Cancel reply